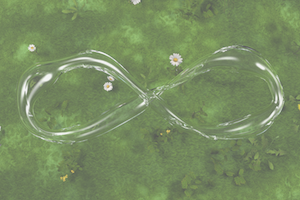 New Day For You

Last summer, when several box office films were exploring doomsday tropes of catastrophic, ecological events, it occurred to the artist that computer generated imagery (CGI) and 3D modeling are the operative languages in depicting such scenes. CGI provides digital animation studios with the ability to express highly imagined narratives depicting the near-total destruction of the built environment. Along with the significant thinning of a population that occurs in such imagined bottleneck events, are unusual visualizations, depicting cataclysmic endings alongside new beginnings.

The exhibition New Day For You features the video Last Chance, eponymously titled after Last Chance to Evacuate Planet Earth Before it is Recycled, a video created by the Heaven’s Gate cult to propagate the group’s beliefs. In the artist’s video, a 3D modeled dinosaur-human hybrid appears behaviorally familiar, standing and walking upright and expressing personal anxieties via inner dialogue. Throughout the duration of the piece, the anthropomorphized character, like the members of Heaven’s Gate, desires to escape the planet before its imminent vicissitudes occur.

In addition to Last Chance are a series of new sculptural prints, UV printed and adhered onto hinged metal folding chairs. Referencing both the tradition of Bodegónes and Dutch and Flemish still life paintings, the sculptural prints depict hyper rendered objects of the natural world- not as any of those ‘natural’ objects are, but as they can be modeled. Using images culled from various image search queries for reference, objects such as bird nests with eggs, a decaying apple being consumed by worms, a miniature model of the earth in a bowl of ‘universe-colored’ spaghetti are presented on the metallic seats of the folding chairs.

The work featured in New Day For You indulges in the anthropocentric views we inherently project and espouse. In highlighting the manner by which we pervert a vision of the world in order to make it more relatable to us, and in characterizing things that are beyond us with ourselves, we commit a particular kind of error. An error that is in many ways analogous to sincerely thinking that the earth might actually care whether or not we’re here. 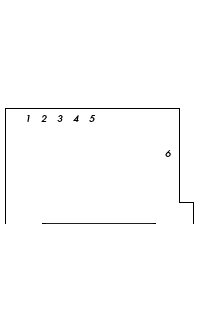