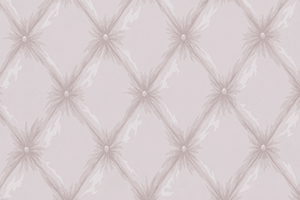 The title of the exhibition refers to the external face or surface of a body, with the associated Latin root ‘facies’ connoting face, surface, or facade. An arcane legal term, superficies also refers historically to buildings that were erected on land owned by another. The artist regards gendered aesthetics—for instance the notion of a particular color being ‘feminine’—metaphorically  as such a structure, but built instead on the grounds of the self.

The sole work within the exhibition is a triptych of hand-painted renderings of wallpaper on paper, each mounted on wooden panel. This work extends a series of related themes explored in the artist’s previous drawings and videos, which deconstructed the markers of cultural influence embedded within commercial advertisements and domestic environs. It was from these previous works that the artist became increasingly aware of the bedroom wallpaper as the underlying structure on which the torn magazine page or poster may be taped or tacked. In reflecting on the soft transfer of cultural influence, as if no imposition of a belief system were occurring, the artist attempts to emphasize the grounds on which this world of influence is built.

While interior decoration or ornamentation is not entirely absent from the history of abstract art, it is presumed to be relegated to another facet of the culture. The repeating quilted boutonnière motif which graces the three adjoining panels creates a visually unifying sense of continuity between them, concealing the seams where a literal fracture occurs. While the panel on the far right depicts a densely painted illusory fracture, it fails to illustrate what lies behind the seemingly misapplied wallpaper. Although the tripartite work, owing to its realism in terms of scale, predominates and engenders the exhibition space with a disjointed theatrical dimension, it retains its strength as a wall-bound work while toying with the notion of the installation as a seamless facade. 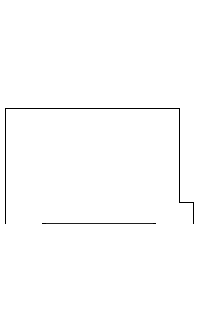